In the beginning, there was just “wine.” That’s no surprise, considering people started drinking fermented grape juice sometime around 6000 B.C., long before concepts like “varietal,” “terroir,” and “oaky finish” entered the mainstream.

Over time, though, people began noticing the wide variation in the quality, flavor, and drinking experience of different wines. They needed a way to distinguish between the delicious nectar fit for kings and emperors, and the rotgut reserved for the common folk. And so, the wine label was born – perhaps one of the earliest examples of what we now call “branding.”

Archeologists have found wine containers buried along with pharaohs in ancient Egyptian tombs. The containers are etched with details describing the year, type, and quality of the wine.

The ancient Persians were known to be wine connoisseurs, meticulously cataloging – and labeling – wines from around their vast empire and beyond. A tablet from the city of Persepolis (built around 500 B.C.) details the precise distribution of wine to various social classes, from common workers up through the king’s own family.

But let’s jump forward a millennium or two to when the art of wine label design truly blossomed. This was around the turn of the 19th century, after the invention of lithography allowed the rapid production of wine labels (and other kinds of product labels, as well).

By the 1800s, certain regions of countries like France, Italy, Germany, and Spain were known for creating fine wines of particular character. Individual winemakers were gaining fame throughout Europe and around the world. The first paper labels helped these vintners put their marks on the fruits of their labor, and they helped discerning customers identify quality bottles.

Here are a few distinctive wine bottle labels from 19th-century Germany, where the first mass-produced wine labels seem to have emerged: 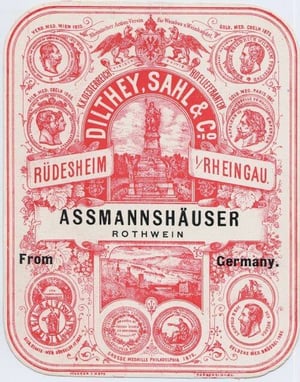 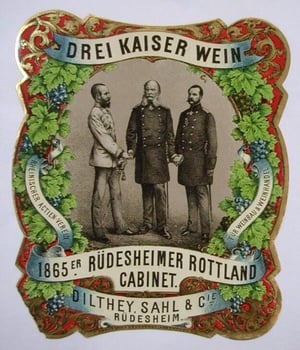 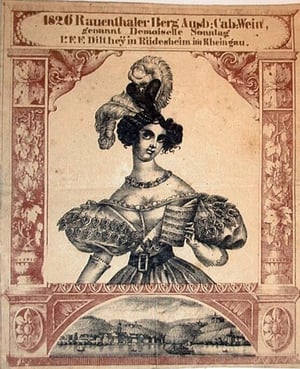 During that same period, the great Champagne makers of France were adding gold, silver, and other metallic flourishes to their labels to signify the extravagance and luxury of their products, as demonstrated by this advertisement: 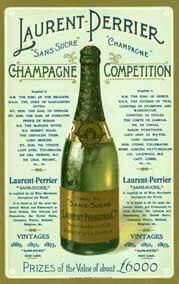 Here, we have the labels from 14 rare 19th century bottles. These wines were part of an exclusive dinner (the tickets were an eyewatering $13,800 a pop) hosted by a Hong Kong-based importer in 2018, which included selections from iconic wineries in Bordeaux and Burgundy. If the wines were anywhere near as exquisite as the label design, the attendees had a very fine evening indeed:

Today, California is consistently among the world leaders in wine production, and California wines are among the highest praised. But during the last half of the 19th century, the industry was just getting started.

This California wine label from the 1890s reflects the winemaker’s desire to merge the rugged spirit of the Far West with the sophistication of the Old World: 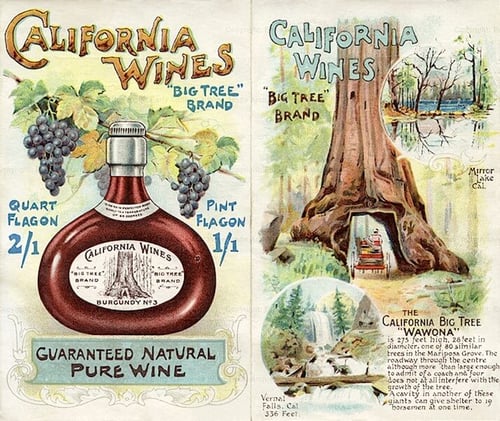 The 20th century saw some of the world’s most creative minds focusing on advertising, marketing, and design. Wine bottle label design took on a new artistic sensibility.

In 1945, Château Mouton Rothschild, one of the most respected wine estates in the world, commissioned famous artists to design its labels for the year. You may recognize some of these names: Miró, Chagall, Braque, Picasso, Tàpies, Bacon, Dali, Balthus, Koons, and the list goes on.

Here’s the first one, by illustrator Philippe Jullian, celebrating the allied victory in World War II. 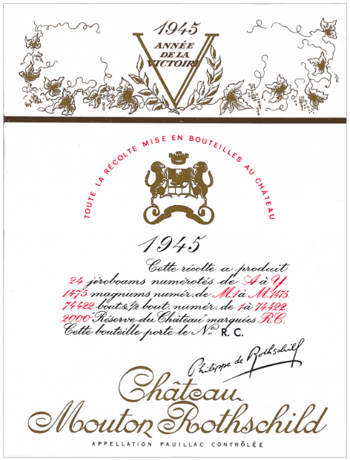 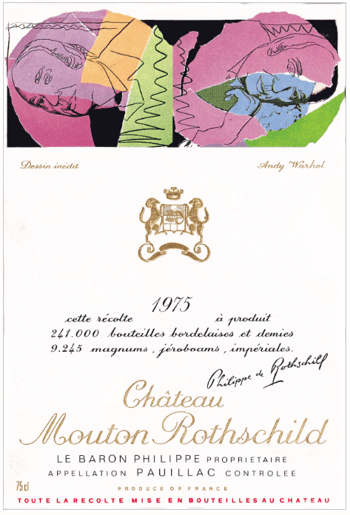 Here in the 21st century, winemakers understand designing a label is nearly as crucial as choosing just the right moment to harvest their grapes.

Wine buyers have more options than ever before. The shelves of liquor stores, grocers, and even gas stations are lined with selections from all over the world, from New Zealand, to Argentina, to Oregon. Excellent wines are available at every price point; they’re not just for pharaohs anymore.

Faced with this bevy of choices, consumers tend to rely heavily on visual cues. One survey found that 82% of wine drinkers choose based on the appearance of wine labels.

This has led some winemakers to carry the “labels as art” tradition forward into the current century. Leeuwin Estate’s Art Series, for example, features reproductions of pieces by well-known Australian artists. This 2013 Shiraz highlights the work of aboriginal artist Jimmy Nerrimah: 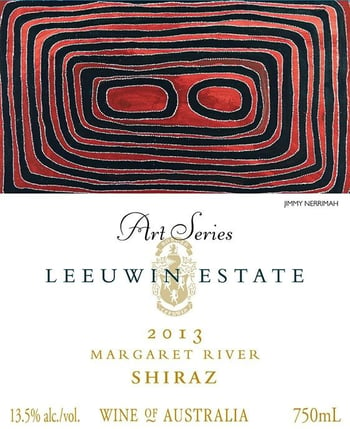 Other wineries have upended the stuffy reputation of the wine industry with humorous, quirky, and irreverent imagery. This bottle from South Africa’s Old Road Wine Co. goes for dark humor, portraying Marie Antoinette at the guillotine. (Is that a splash of blood or merely a wine stain?):

Finally, digital technology has reached into every aspect of life in 2020, and wine labels are no exception. Some brands are experimenting with “smart labels” that use tiny microchips or scannable barcodes to extend the wine-drinking experience onto smartphones and tablets.

California winemaker Böen, for example, recently launched packaging that incorporates near-field communication (NFC) technology. Consumers are invited to “tap the cap” with their smartphones to find out whether their bottles have been tampered with and learn more about the vineyards where the wine was made.

For more wine label design inspiration, look through our recent roundup of 10 wine labels that stand out.

Will your brand lead the next evolution in wine label design? Contact us today and let us help you bring your vision to life.

How to Cut Costs With Your Custom Product Labels

Lately it seems like “the pinch” is just getting more and more painful. On one side is a volatile supply chain and on the other...

Think Your Product Label Is ‘Just a Sticker?’ Think Again

Consumers are exposed to thousands of brand messages daily as they move about their homes, and virtual spaces. With this...