What Do Hoverboards, UL, and Mark Cuban Have In Common?

What Do Hoverboards, UL, and Mark Cuban Have In Common?

One of this past Christmas’ “hot toys” was the hoverboard.  As is often the case with “hot” anything, products are rushed to market to meet that demand.   And, as is also often the case, that rush to market may mean potential issues with the “hot” product – such as the exploding batteries and intellectual property fights that have plagued these boards. 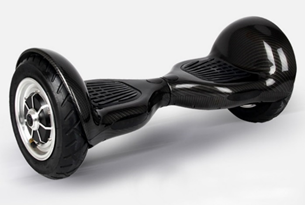 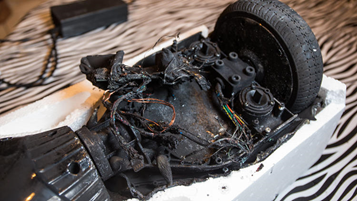 We are pleased to count among our customers the global safety science company, UL – which found itself almost immediately embroiled in the issue of exploding hoverboards when one of the manufacturers inaccurately reported that their boards were “certified” by UL. 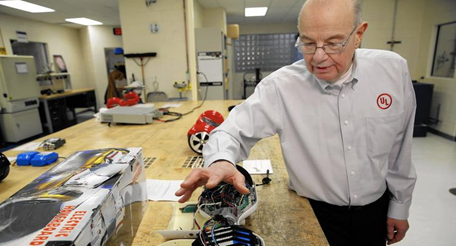 John Drengenberg, UL consumer safety director, talks about what UL looks for when testing products such as hoverboards on Feb. 23, 2016, at a UL test lab in Northbrook (Jose M. Osorio / Chicago Tribune)

In a February 23rd Chicago Tribune article [http://www.chicagotribune.com/business/ct-hoverboard-testing-ul-0224-biz-20160223-story.html] UL’s consumer safety director John Drengenberg said, “While none of the technology in hoverboards is in itself, new, the combination of technologies is…It's how the whole system works together that matters," said Drengenberg. "It shouldn't be impossible to make a safe hoverboard, but so far there isn't a single hoverboard that's been certified…Hoverboards that UL recently bought at stores in the Chicago-area have counterfeit UL stamps, were shoddily made and filled with metal shavings  that could cause a short circuit or lead the hoverboard to accelerate uncontrollably,” Drengenberg added.

Dregenberg said that if the boards are ever UL certified, they will have a holographic UL mark. (As of this writing, UL has not yet introduced an authentication label for them.) But even if they’re certified, his wife probably wouldn't let him ride one, said Drengenberg, who's 73. "I'd need a helmet and knee and elbow pads and a pillow taped to my butt," he said.

The intellectual property fight portion of the “hot” product problem has gotten coverage in a lot of different publications.  Perhaps the most illuminating story appeared in the Daily Beast http://www.thedailybeast.com/articles/2015/12/16/the-real-reason-hoverboards-are-bursting-into-flames.html on December 15, 2015.  The article summary said, “Hoverboards have gone from must-have present to must-ban hazard. Blame a squabble over intellectual property for all the fires, says Mark Cuban, a player in the hoverboard manufacturing game.” Cuban got into hoverboards in partnership with Shane Chen.  He got out of the partnership and the patent as a result of a byzantinze set of circumstances involving competing patents, claims, and manufacturers – most of whom are in China.  The Beast spoke to Cuban about his decision to relinquish the patent hold and his partnership with Chen.  “[Said Cuban]…even the best hoverboards [currently] on the market are built with “junk” parts” – and experts and government-funded consumer protection agencies from both sides of the Atlantic back him up.  “There are a lot of crazy back door deals at those [Chinese] factories so that they all buy almost all of their components from the same few sources—which means even the most expensive have some junk in them…and the fires are just the start of it.  They all cut corners, particularly in user safety,” said Cuban.”

The good news is that UL has now developed a set of standards for hoverboards.  Standards and certification will go a long way towards addressing the safety issue.

You might also find the following of interest:
1. UL2272 is the standard for Electrical Systems for Self-Balancing Scooters.  More information on the standard can be found at: http://ulstandards.ul.com/standard/?id=2272.  Contact the organizer of last week's webinar on this standard,  jill.jozwik@ul.com, for more information.

3. A video from Consumer Reports:  https://www.youtube.com/watch?v=9xyYmeaGqWU  (For those of you who figure that falling goes hand in hand with self-balancing scooters, check out the very painful looking falls that start around the 1:10 mark on the CR Video)

4. And for those of you who would like to see a REAL hoverboard, check out the video from Lexus:  http://www.engadget.com/2015/08/04/lexus-hoverboard-slide/.

Compliance is about keeping people safe: your customers, your employees, our communities. It’s not about begrudgingly checking off some boxes to align with pesky regulations. Custom labels used[...]

Why does your brand matter? Your customers consciously and subconsciously make decisions based on the strength of your brand.

Think of your brand as a shorthand for the trust your customers invest[...]

Do You Need Brand Protection?

(This blog is Part 1 in our ongoing series on brand protection.)

Luxury Brand Labels: Ways to Set Your Product Above the Rest

Whether it’s designer handbags, premium vodka, or top-end electronics, luxury products are aspirational and desirable. And it’s not just because of the products themselves: Luxury brands carefully[...]